Fresh Off The Ballot

The 2018 General Election in Mountain View has been heating up with activity from the candidates for City Council.  Former Mayor, Council Member for 2 terms and open Libertarian, John Inks, is returning to the arena! We are very excited to see John enter the race.  John was well supported during his previous terms and retired on a high note. After a bit of rest and recharge John was eager to get back to business!

No matter how well he guided the city during his previous term and well liked by residence; Johns return has been met with fierce opposition.  John has always advocated against Mountain View’s rent control program and against the cities continued proposals for new taxes - even when the city has a budget surplus. With the housing crisis being a hot topic and with socialized agendas being pushed its expected to have some political tension.  What was not expected was vandalism and theft.

John Ink’s signs have been the sole target of an ongoing effort to show opposition of him.  His large signs on major intersections have been repetitively covered with black spray paint.  His yard signs distributed throughout the town on private properties, by avid supporters, have been stolen.  Some households have been through as many as 4 yard signs in just as many weeks. 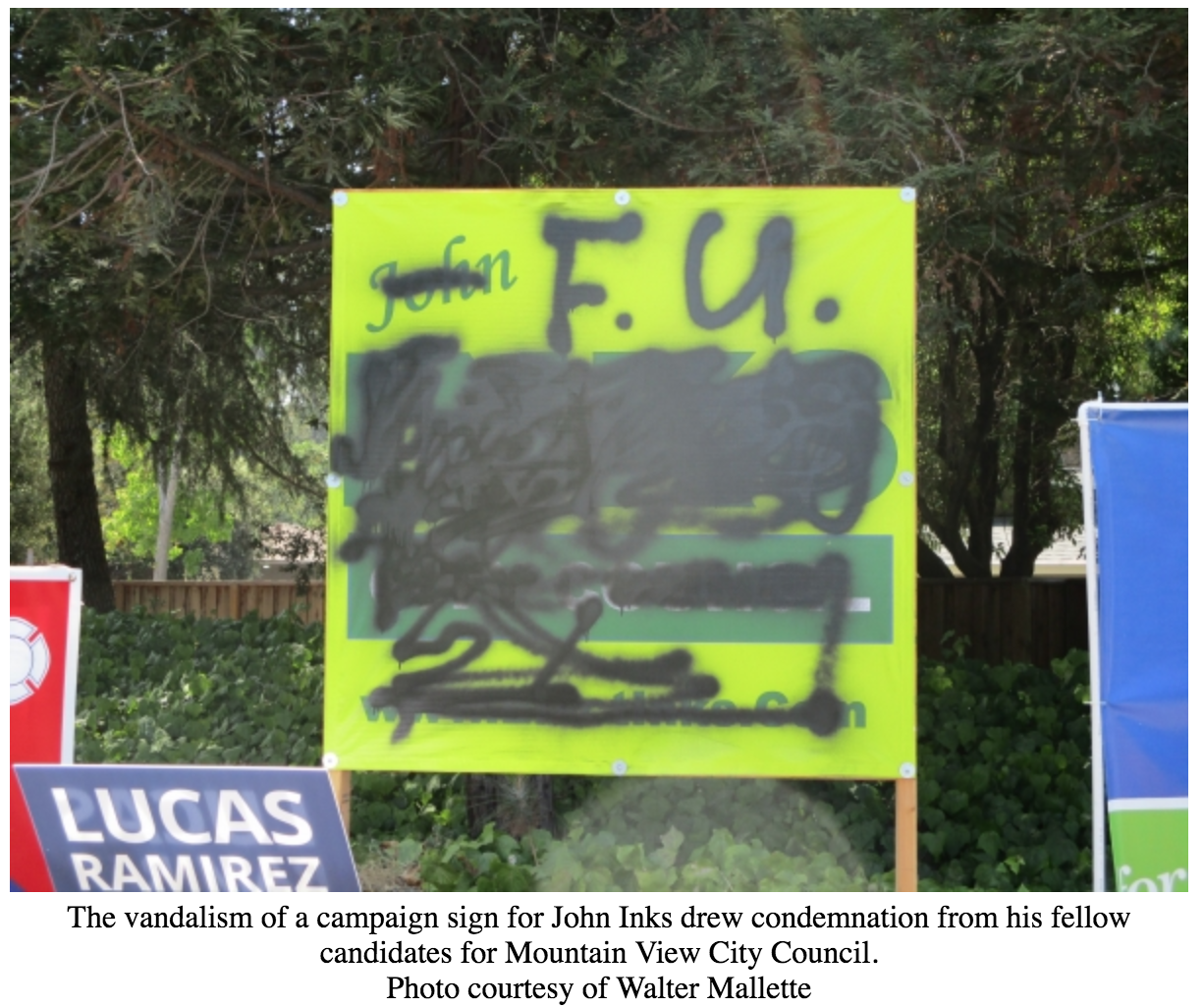 Many of the current city leaders have voiced their disappointment of these kinds of acts of aggression.  Residences across the city have stepped up and offered their support. It is hard to imagine this kind of defacement and poor sportsmanship could target a man like John.  His unflappable nature, calm demeanor, and history of putting the cities needs before political principles has made him a one of the most liked politicians throughout the entire county.

His lack of flaws and penchant for effective policies is precisely what makes him a threat to some.  John is not just a Libertarian but an effective one. Those with counterintuitive philosophies; the ones who put their own views above the logical or practical don’t like seeing libertarians succeed. Especially with so many Libertarian’s succeeding. Libertarian candidates around the country are dominating in polls, from Gary Johnson in New Mexico, Larry Sharpe in New York, and Jeff Hewitt in Riverside. John Inks is our own local flame of liberty.

I encourage you all to support John Inks.  Like his Facebook, contribute to his campaign, and tell your friends, family, and co-workers. 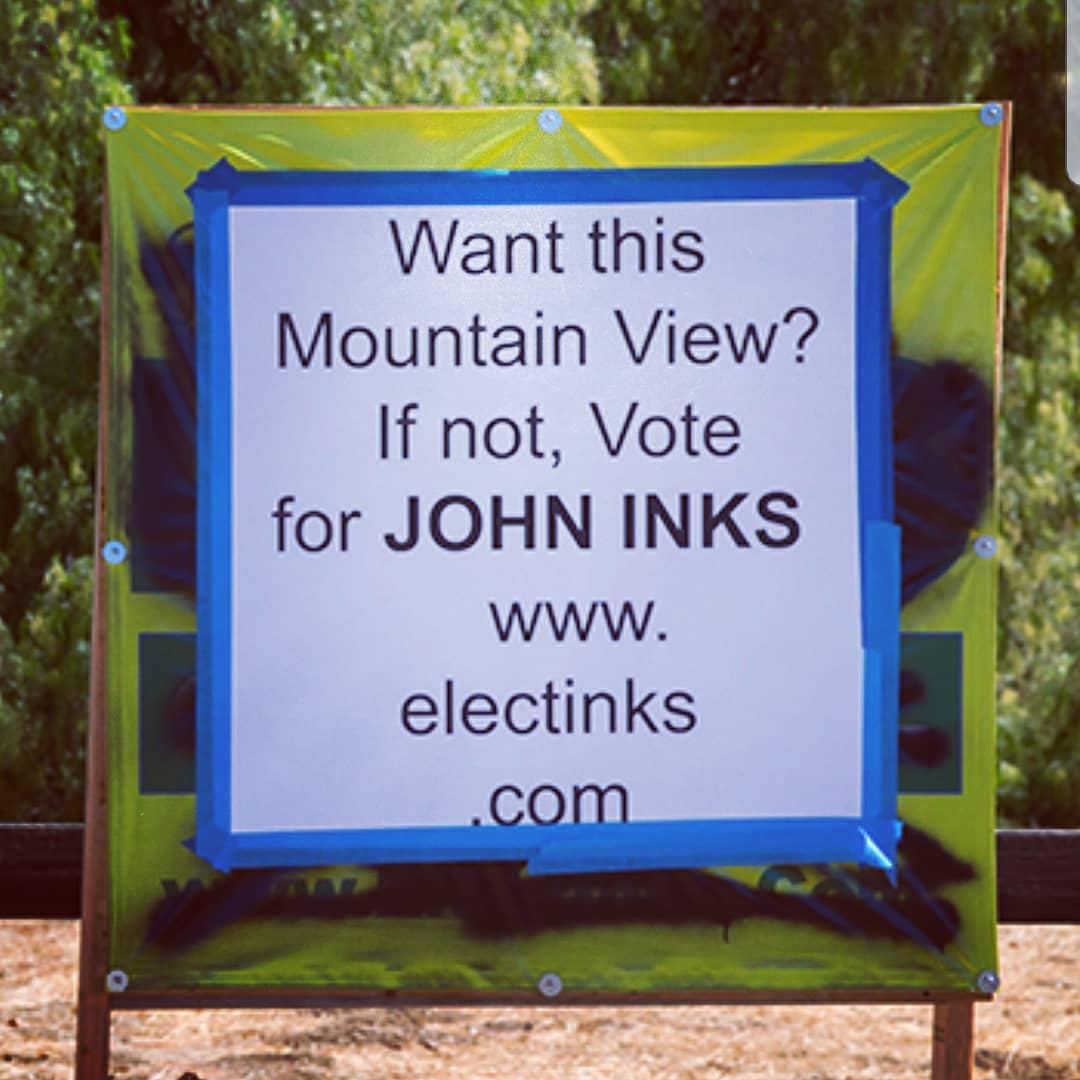 More information regarding state wide endorsed candidates can be found on the States Website.