The Bill of Rights sets limits on the powers of the federal government, including the well-known prohibition on laws restricting freedom of speech and of the press, the right to keep and bear arms, and the right to a trial by jury. It also states explicitly two general principles: that the listing of rights does not mean these are all the rights (9th Amendment) and that if the Constitution doesn't assign a power to the federal government then it belongs to the states, or the people (10th Amendment). 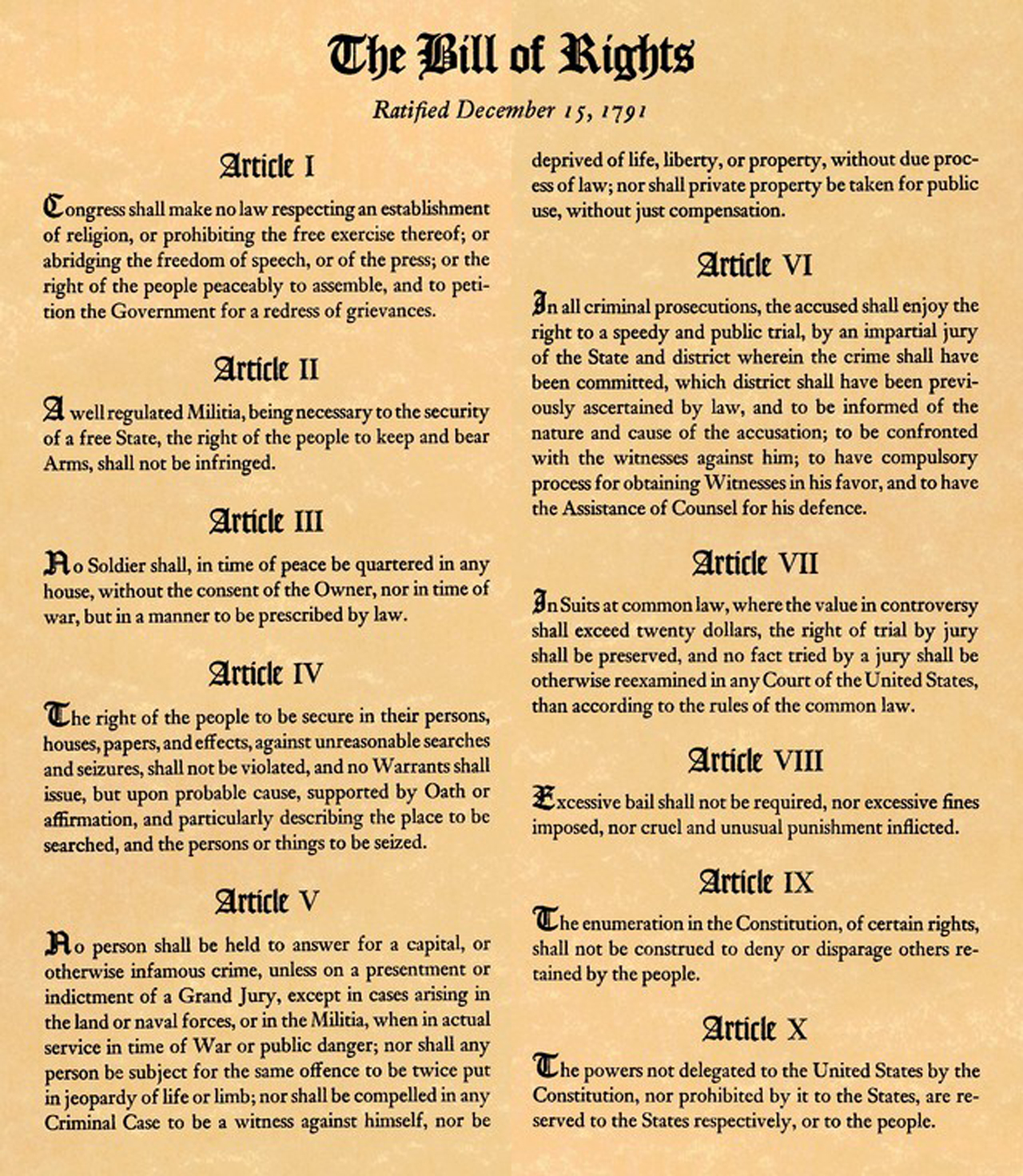 Of course over the last two centuries politicians have tried their best to side-step these rules, and unfortunately have been all too successful. It's up to us to hold elected officials accountable when they go beyond the specific powers named in the Constitution, and when they violate the principles outlined in the Bill of Rights.