Libertarians believe that the government should have minimal interference in the lives and finances of its citizens. The cryptocurrency community believes in a monetary system free from centralized oversight, with decisions driven by the masses rather than regulators. Libertarians and crypto enthusiasts have a lot of overlap. We're hosting Bitcoin & BBQ to help bridge these two groups and explore what a crypto-libertarian world be like?

Bitcoin will soon scale to GB block sizes. That is enough to contain the entire world's transactions including MasterCard, Visa, & American Express. Not only can it handle all the payments around the world, it will be the most efficient at it. However, it doesn't stop at money, Bitcoin will also be the world's database, with a single source of truth around the world, and again, will be the most efficient at it. Let's discuss what Bitcoin + Metanet can do for you. The first half of the presentation will be the basics of Bitcoin, including it's economic structure. 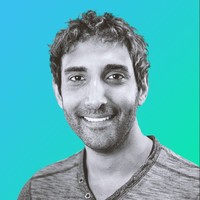