Most of the partisan elections for 2020 may seem a ways off.  However, all of the candidate recruitment and preparation for the Primary Election next March is coming up this fall.  See the Secretary of State's website for filing periods and deadlines.

We need candidates to run as Libertarians for Congress and for the State Legislature. 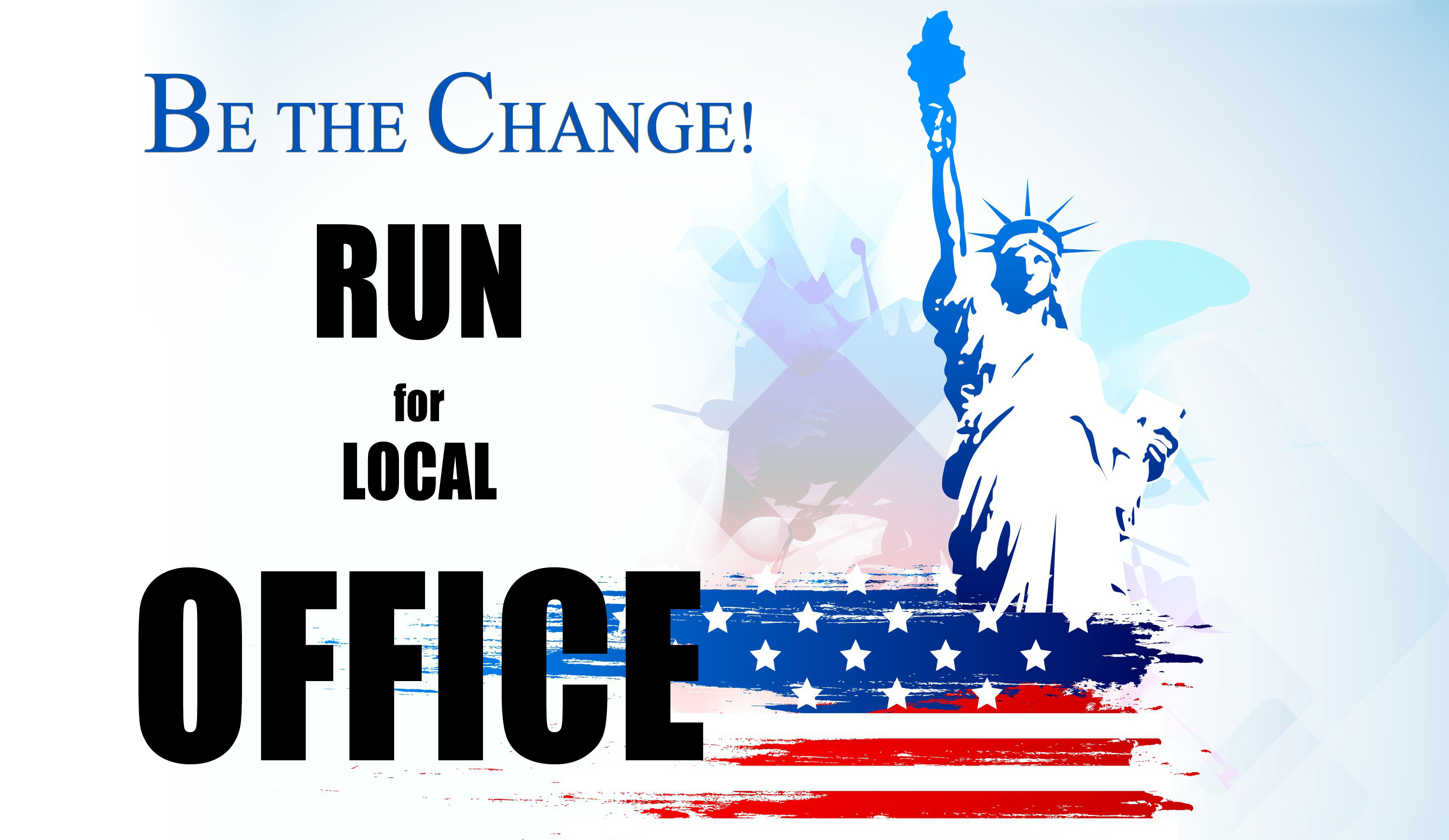 For the State Senate, District 13 covers northern Santa Clara and southern San Mateo Counties.  Jerry Hill (D) will term out of office at the end of 2020.  So far there are five District 13 candidates that will be in the March primary. Senate District 15 covers Milpitas, Santa Clara and San Jose. Incumbent Jim Beall (D) terms out of office and the end of 2020. Several Democratic replacements are already lined up. Senate District 17 Bill Monning (D) is also terming out. This district contains Santa Cruz and San Luis Obispo Counties in their entirety, as well as portions of Monterey and Santa Clara Counties, specifically Morgan Hill and Gilroy. Each of these need Libertarian challengers.

A number of nonpartisan local offices for local jurisdictions including city councils, school and and utility districts will have elections this November and next year.  Most of the incumbent party office officeholders like those mentioned above started their political careers in nonpartisan office.  Libertarians should give some consideration to nonpartisan elective office.

Appointed office in municipal, county and other jurisdictions is a good way to get experience before pursuing elective office.  Pick a policy topic you are interested such as land use, transportation, infrastructure, budget and really endless areas of government functions.

Attend meetings and follow the agendas for committees you are interest in.  Be a volunteer and get to know the elected officials who may consider you for appointment to a committee.

Resources, support and advice on how to run and serve as a Libertarian are available. Contact me about your interest in running for office, getting involved in campaigns or getting more involved with public policy and government.


For more information on running for office or how you can volunteer for a campaign; contact our Campaign Chair, John Inks, at [email protected] 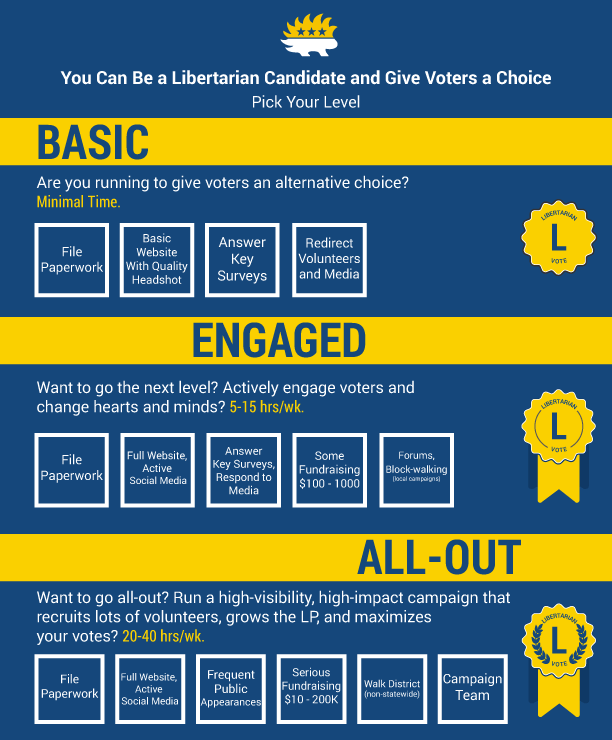