The Libertarian Party of California held its 2019 convention in Concord earlier this month (April 5-7). Delegates came from all over the state to exchange views, vote for new officers, and make changes to the party bylaws and platform. 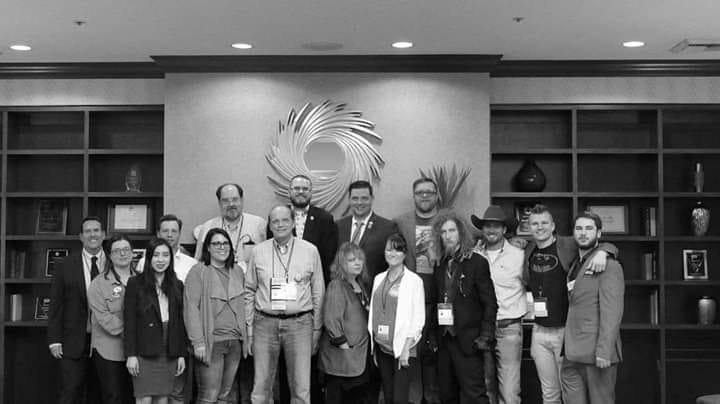 The newly elected at-large members are Kalish Morrow, Joshua Smith, Jason Quintero, Boomer Shannon, and Rick Dawson.  This year's at-large alternative members are Jill Olsen and Devin Harris. Congratulations and the best of luck to all the new officers, representatives, delegates, and appointees.  The role of chair had an exciting campaign with 3 candidates; however, aside from chair and at large, all seats were uncontested.

The delegates to the convention approved one change to the State Party bylaws. Only 6 of the recommendations from the bylaws committee were addressed, due to time constraints. Adjustments were made to extend the period in which the state party appoints a platform coordinator from “at least 30 days before each convention” to "at least 90 days". Attempts to adjust the bylaws committee structure and when area coordinators are elected failed. Unfortunately, the most conversed and anticipated potential bylaw changes, such as returning to appointed county delegates or the deletion of the program, failed to be addressed in the time frame.

The platform committee presented the most controversial event of the convention.  Platform Committee Chair John Ward presented a plan to replace the state platform with the national platform.  This change was widely accepted, due to the more succinct messaging that the national platform presents. The proposed plan was to pass two motions: the first to delete the current platform and the second to adopt the national platform. The Chair, Mimi Robson, did not allow for clarifying questions to be asked of the Chair, and jumped directly to consideration of the motions.  The first motion, to delete the current state platform, was met with contention, as many long-serving members forewarned that this process could potentially leave the state without a platform, but when the question was called, the motion passed with 37 votes in favor and 32 votes against. The second motion, to adopt the national platform, was shrouded in confusion, with multiple delegates trying either to justify or to undo the first motion. Lively discussion was balanced by thoughtful assessment on both sides. The time allocated to platform discussion expired; motions to extend time failed. When the question of adoption of the national platform was called, the motion failed. Consequently, at this time, the state apparently has no platform. Discussion regarding the legitimacy and implications of this state of affairs is continued by the executive committee, and it is anticipated that the issue will be brought before the judicial committee.

The 2020 state convention has been announced to be held in Los Angeles with packages starting at $300. More details are expected to be posted on the state site soon.

Video of the Libertarian Party of California's 2019 Convention can be watched on the LPC YouTube channel. Video of speakers is expected to be posted soon.